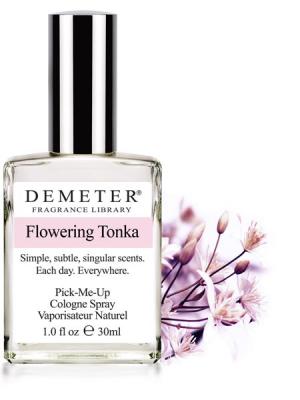 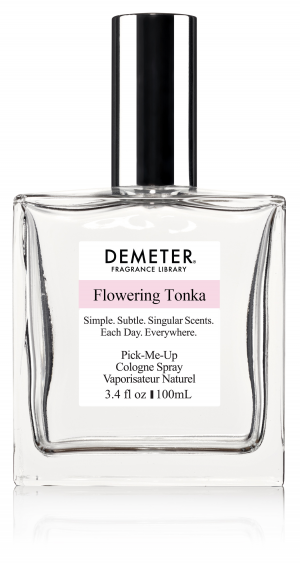 The Scent
Reminiscent of rich vanilla with touches of cinnamon, saffron, almond and clove, the journey of the humble Tonka bean into a staple of perfumery began in 1793, when cultivation of this native South American plant began in France as a tropical tree with beautiful purple flowers, each containing one wrinkled, black bean.

Demeter's Flowering Tonka Bean adds the light crispness of the flower to the more traditional scent of the bean, creating an interesting and integrated contrast between the bean and the flower.

The Inspiration
The Tonka bean played a role in South American pagan and occult traditions before finding fame in perfumery. In addition to being used in an herbal tea to boost immunity, legend provides that holding the bean while whispering a wish will lead to its fulfillment. We felt this scent was a perfect match to our Demeter philosophy.

The Story
Beans
By Violet Of Course
Oh how the bean plant grows,
From bean to sprout,
From sprout to branch,
From branch to completeness…