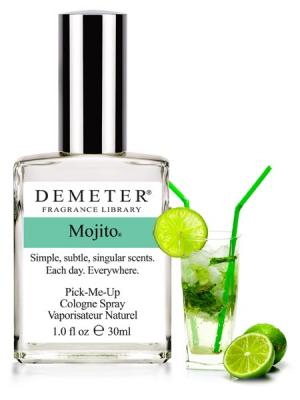 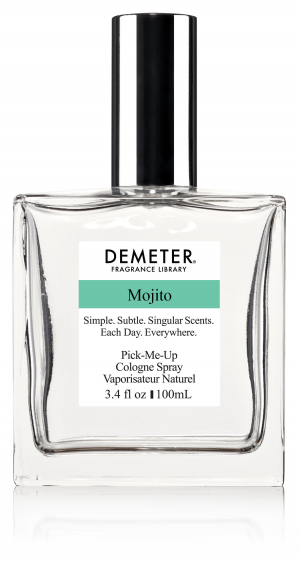 Now you can enjoy the delicate freshness of Mojito anytime, anywhere, with Mojito from Demeter Fragrance Library. The Mojito is currently one of the trendiest cocktails in America, ranked by Cocktail Times as the #2 summer cocktail and overall, the #6 cocktail in America. Mojitos were mentioned in the James Bond film (Die Another Day) and have been used as props on TV shows including The Gilmore Girls, CSI: Miami and, that barometer of all things urban and hip, Sex and the City. Despite their current popularity, Mojitos are nothing new. Long popular with Havana hipsters, Mojitos date back to the early decades of the 20th century, and are believed to have evolved from the more northern mint juleps. American novelist Ernest Hemingway is said to have enjoyed the refreshing libations of sugar, fresh mint leaves, fresh lime juice, rum and club soda, on the rocks while relaxing on the tropical terraces of Havana and Key West.