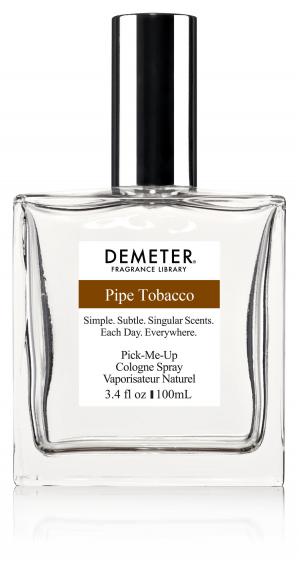 Sherlock was onto a good thing, at least scent-wise. We love the smell of a good pipe. Demeter's Pipe Tobacco is rich, deep, moist and pungent, with touches of both sweetness and spice; everything you could ask for from a fine tobacco accord. So apparently did Native Americans. The origin of tobacco use in the Western world started with the discovery of the Americas. When, in his 1492 trip to the Americas--not the West Indies as he imagined, Christopher Columbus arrived to Bahia Bariay in the Oriente Province of Cuba, and heard from the local natives that there was gold at nearby Cubanacan (or the "middle of Cuba"). Columbus misunderstood the word 'Cubanacan' and heard it say "el Gran Can," the Great Khan of China. Immediately, he sent emissaries bearing gifts (glass beads and trinkets) to meet this famous potentate. They met the local "cacique" or chief, but the Great Khan was nowhere to be found. In their return to the ship they met a walking party of Taino indians who "were going to their villages, with a firebrand in their hand, and herbs to drink the smoke thereof, as they are accustomed." They relighted the cigar at every stop and passed it around for everyone to take a few drags though their nostrils. After the Spanish successfully introduced tobacco to Europe and the British aristocracy adopted pipe smoking as a popular pastime, its increasing cultivation formed the economic basis of the first successful English colonies in North America.