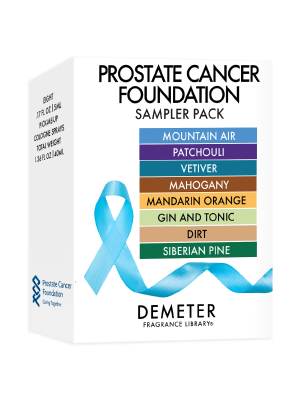 In September of 2019, I underwent a biopsy of my prostate. For 2 years I had been regularly undergoing PSA tests that were rising and inconclusive physical examinations. The third urologist I consulted suggested we biopsy even in the absence of physical signs of cancer, as my PSA had reached 11 (above 5 is concerning). “Something,” he said, “is not right. Let’s figure out what it is.”  He would not perform a biopsy without an MRI, so he knew what areas to biopsy. My insurance, however, would not cover the MRI. I, fortunately, could afford the several hundred dollars for the MRI, which turned out to be lifesaving.

By the time I was properly diagnosed my cancer had progressed and surgery was the appropriate course of action. That was followed by 35 radiation sessions.  It was a lot. It was hard. But I am in remission and enjoying my grandchildren.

After the scare with my experience, I knew I wanted to do something, give back in some way, shape or form. After having a few discussions with the Prostate Cancer Foundation, I knew they were a perfect fit for us. Their mission of ending deaths from prostate cancer by raising awareness and funding urgent, cutting-edge research personally spoke to me! If I had not had the means to pay for the MRI, I may not be telling this story now.

After initial discussions, it was determined that our initial collaboration would be a curated set of my favorite Demeter Fragrances for men with some of my favorite fragrances for the gentlemen including Mountain Air, Patchouli, Vetiver, Mahogany, Mandarin Orange, Gin & Tonic, Dirt and Siberian Pine. With each set sold, $5 goes directly to the Prostate Cancer Foundation.

Bottom line-almost all Prostate Cancer can be managed IF it is caught early. What can you do?

See all our Sampler Sets here