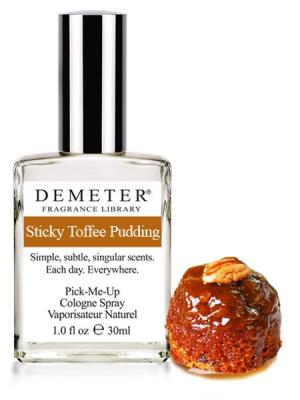 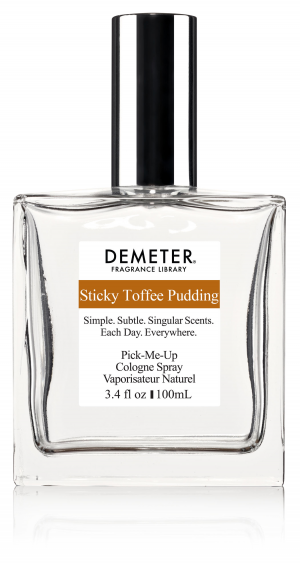 This wonderful buttery and toffee concoction is best in England. It's yummy and sugary and makes us happy. We are particularly fond of the version at Brown's, London W1. Sticky toffee pudding is a British dessert (or pudding) consisting of a moist sponge cake made with fine chopped dates and covered in a toffee sauce. It was originally called "icky sticky toffee sponge". The core notes expressed in Demeter's Sticky Toffee Pudding are the dates and the toffee. The dessert's origins are considered a "mystery" according the gastronomic journal, Saveur; however the dominant story is that Francis Coulson developed and served this dessert at his Sharrow Bay Country House Hotel in the Lake District in 1960. It has been stated by Coulson's former protégé and chef, Juan Martin, that Coulson hinted that the original concept for the dessert was derived from a farm wife in Lancashire. However it was also found that the Landlady of The Gait Inn, Millington invented it in 1907 and was then sold in the pub much to everyone's delight. In any case, Coulson introduced and refined the dessert to the general public making his recipe completely accessible to all those who asked. A final story regarding the origins of the dessert involves The Udny Arms Hotel in Newburgh, Aberdeenshire. The hotel has claimed that it invented the pudding for years, and it is true that, if you ask almost anyone from the surrounding area, they will cite the hotel as the birthplace of the dish.