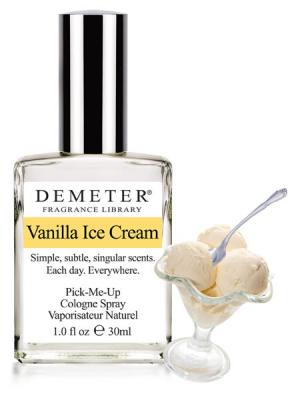 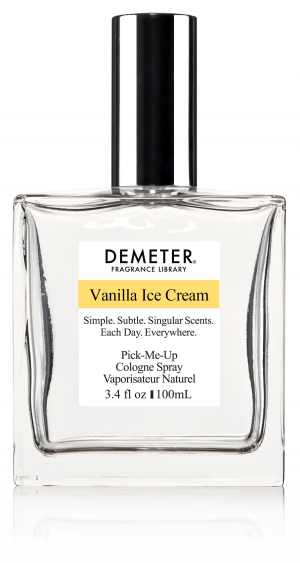 It took hundreds of years of waiting, and the determination of Demeter Fragrance Library, between the invention of ice cream as we know it, and ice cream as a wearable fragrance. Demeter's Vanilla Ice Cream is sinfully rich, but also bright, warm and inviting, like the summer's day that inspired it. We know that Alexander the Great enjoyed snow and ice flavored with honey and nectar. During the Roman Empire, Nero Claudius Caesar (A.D. 54-86) frequently sent runners into the mountains for snow, which was then flavored with fruits and juices. Over a thousand years later, Marco Polo returned to Italy from the Far East with a recipe that closely resembled what is now called sherbet. Historians estimate that this recipe evolved into ice cream sometime in the 16th century. The first official account of ice cream in the New World comes from a letter written in 1744 by a guest of Maryland Governor William Bladen. The first advertisement for ice cream in this country appeared in the New York Gazette on May 12, 1777, when confectioner Philip Lenzi announced that ice cream was available "almost every day." Records kept by a Chatham Street, New York, merchant show that President George Washington spent approximately $200 for ice cream during the summer of 1790. President Thomas Jefferson was said to have a favorite 18-step recipe for an ice cream delicacy that resembled a modern-day Baked Alaska. In 1812, Dolley Madison served a magnificent strawberry ice cream creation at President Madison's second inaugural banquet at the White House.