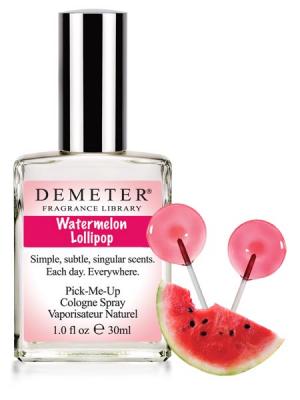 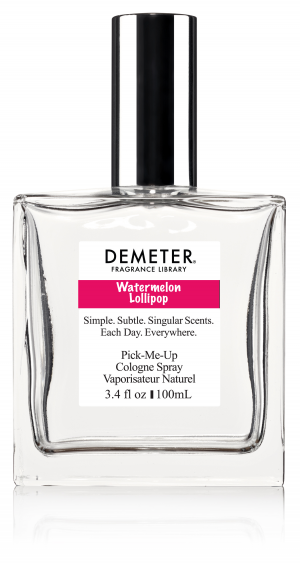 Demeter's Watermelon is about the mouth-puckering contrast between sugary-sweet fresh fruit and the eye-popping tartness. This is an olfactory wake up call like no other! Southern food historian, John Egerton, believes watermelon made its way to the United States with African slaves as he states in his book, "Southern Food." Watermelon, however, is a southern food no more. The United States currently ranks fourth in worldwide production of watermelon. Forty-four states grow watermelons with Florida, Texas, California, Georgia and Arizona consistently leading the country in production. The origin of lollipops is widely disputed. There does not seem to be an answer that everyone agrees on, so it remains one of life's little mysteries. What is not mysterious is how they bring back childhood memories for almost all of us. Credit for mass production of lollipops is contested by Wisconsin and California, while the origin of the "candy on a stick" concept is even murkier.